St. Edith Folk – Lighting up halls and hearts since 2013 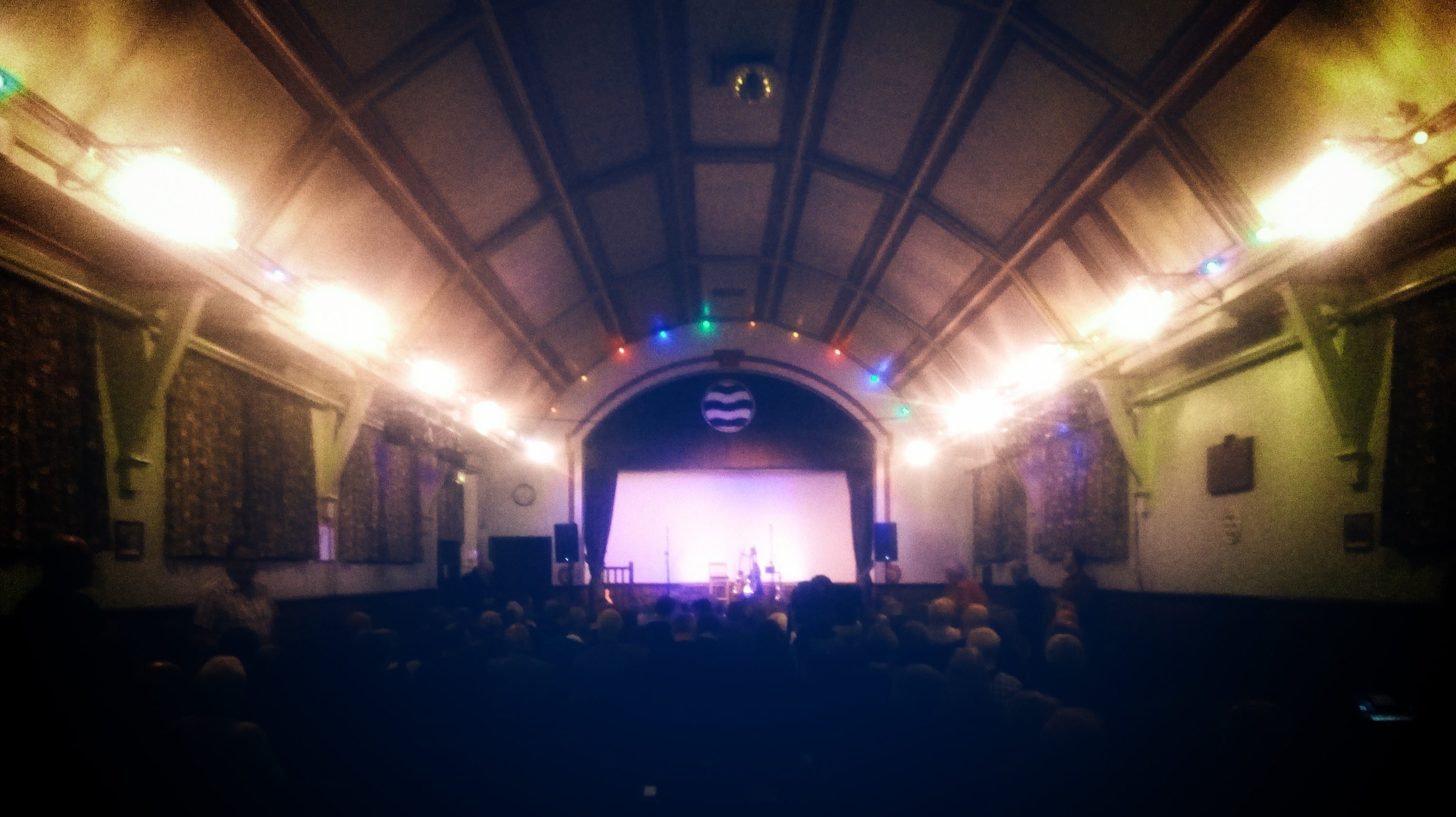 Kemsing is a pretty little village that remains relatively untouched by the bustle of the London commute, just 4 miles North-East of Sevenoaks. Unassumingly, it holds an absolute gem of a music venue.

St. Edith Hall was built in the very early years of the 20th century and was used during the First World War as a hospital, manned by the Kent Voluntary Aid Detachment. The hall is a beautiful Edwardian structure with a remarkable wooden barrel-vaulted ceiling which provides excellent acoustics and a lovely ambience.

That unwavering British spirit that got our people through the war is still somehow tangible in the present day at St. Edith Hall, with a warming community feel present from the door as you are greeted by the charming and gracious hosts. There is an overwhelming atmosphere of togetherness, united through a love of wholesome folk music, a genre that has always been enjoyed by a broad range of ages and generations. After the success over the last decade of such chart-topping folk bands like Mumford & Sons, folk is being widely appreciated more than ever, and it’s great to see.

For me, folk music of both a traditional and contemporary nature has always been a great example of pure musicianship, with playful melodies,  intricate layers and pensive atmospheres that can’t be recreated anywhere else, and demand a lifelong commitment from a musician. This skill and sheer experience were on full show this particular Friday evening, with an opening support set by Glymjack featuring cleverly written, thoughtful original music from songwriter Greg MacDonald, and a jaw-dropping virtuoso display of fiddle playing by Gemma Gayner.

Phil Beer then takes to the stage with an emphatic performance, eloquently yet humbly regaling stories that inspired his songs. He’s been doing it for 45 years, and his mastery of his craft was an absolute joy to absorb. He was also joined on the stage by the captivating songstress Odette Michell, who herself is forging an impressive career, touring the UK this year with a debut album due for release on 14th April. It was a truly memorable evening, one that I will remember over many ‘high-profile’ gigs, a testament to the charm that St. Edith Folk effortlessly provides.

It’s been so successful that they now host events in multiple locations, and I’m sure this is set to increase further. Just this year their calendar also boasts shows at St.Dunstans Church in Cranbrook, The Vestry Hall in Cranbrook and the Otford Memorial Hall. Part of this success can be attributed to the fact that some serious heavyweights in the folk scene have graced these halls, including Fairport Convention, Show of Hands & Jon Boden to name a few. Having said that, they encourage new local artists to get involved too- providing a friendly and sizable stage to cut their teeth on.

If you’re a folk fan, or a budding folk artist, I urge you to visit www.stedithfolk.co.uk, get in touch and join their mailing list.

A quote from them sums it up perfectly:

“In our opinion, a good dollop of exciting live music is stimulating, uplifting, and pretty much essential in everybody’s life. So get yourself out of a rut, come along to St Edith Folk and share the joyous experience with a family of others who feel the same way.”