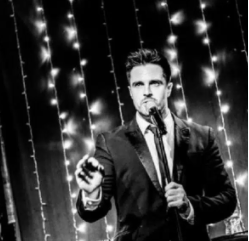 A fun-filled evening with both food and live entertainment – perfect for a works’ Christmas outing or a festive night-out with friends. Join our hospitality team for a cork-popping night in our exclusive Coach House function suite with its own private bar.

No matter your tastes – both musical and edible – we’ve got something to whet your appetite. There’s Elvis, Kylie and 80s nostalgia to get you dancing, and a delicious Christmas menu including traditional roast turkey and a vegetable and goats cheese wellington.

With a celebrity following of his own, he has worked with the likes of Ne-Yo, Missy Elliott, Alexander O’Neal, Shola Ama and Montell Jordan.His confident stage presence, charming personality and velvet vocals have helped to make him one of the best solo entertainers in the UK today.

Bracknell’s very own TC performs a tribute to Elvis Presley, performing all the classic songs and crowd favourites from one of the greatest legends in music.

Evolution are talented and entertaining party band covering Disco, Funk, Dance and Pop classics through the decades. Guaranteed to get you dancing.

Out of the Blue are an experienced six piece band performing classic, cool jazz who are inspired by swing jazz and the Great American Songbook together with Miles Davis, Coltrane and the greats such as Ella, Nina ,Frank , Duke Ellington, and Fats Waller.

Join us for a fun-filled, cheesy ‘Popfest’ and comes in various formats. Taking songs from most of Kylie’s albums including I Should Be So Lucky, Can’t Get You Out Of My Head and Spinning Around. This is one of the top Kylie Minogue tribute acts in the world. 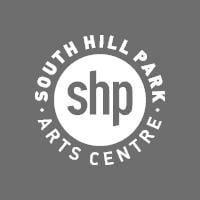