Jack Up The Summer – NEWPORT

Party people rejoice! Jack Up The Summer will be back in 2021, returning as always in its usual slot on the second weekend in August.

Jack Up is a fun-filled, family-friendly retro music festival and one of the South’s most popular events.

Another string of great artist names and Top of the Pops favourites have been added to the 2021 Summer’s Jack Up festival line-up, the Island’s very own retro festival which celebrates the sounds of yesteryear.

Baby D, best known for their 1994 Number 1 hit single ‘Let Me Be Your Fantasy’ will be taking to the stage at North Fairlee Farm over the weekend of 6-8th August. At the peak of their fame ‘Let Me Be Your Fantasy’ sold nearly half a million copies and has since gone on to become an all-time favourite dance anthem. Their success continued with ‘(Everybody's Got to Learn Sometime) I Need Your Loving’ (a 1995 cover of The Korgis classic), ‘So Pure’ and ‘Take Me to Heaven.’

Sticking with the 90s dance theme, hot off the back of his triumphant set at November’s Jack Up Christmas, Dario G, best known for his 1997 hit ‘Sunchyme’, will be making a special return trip to the Island this August. Described as one of the World’s finest DJs and performers, Organiser’s said; “Dario G proved to be such a huge hit with the crowds we simply had to share this infectious musical experience with our wider Jack Up audience – prepare to dance your neon socks off to this uplifting energetic DJ set in the glorious Summer sunshine!”

In a complete exclusive to both the Island and Jack Up Events, English electronic act Blue Pearl who scored a massive smash hit single in both the US and UK with their 1990 debut track ‘Naked in the Rain’ are preparing to make their first live performance as Blue Pearl since 1999. Speaking of the booking, singer-songwriter Durga McBroom said; “I’m thrilled to be participating in the Jack Up The Summer festival! Blue Pearl are BACK in 2021 and I’m honoured to be included in this great line-up. To be appearing on the Isle of Wight is a special treat for me. See you all there!”

Jack Up The Summer is already looking set to be one of the best yet with the thrilling news that one of the most distinctive voices in music Heather Small will be headlining the Sunday of the fun-filled retro festival.

With the Friday included in the price of Weekend tickets next year and gates opening even earlier, 80’s aficionados will delight in a mix of uplifting feel-good guilty pleasures rolled into one evening featuring three super-fun acts – the flamboyant Doctor & The Medics and the pop world’s equivalent of the naughty seaside postcard, Black Lace!

Fittingly named after a Black Lace album, ‘The Greatest Ever Party’ at North Fairlee Farm in Newport will also feature the world record attempt at the longest ever conga line!

Centred around party hits and feel-good music from the 80s and 90s, attendees are guaranteed to be uplifted by the upbeat, hand-clapping music of yesteryear. The event provides a first-class weekend of entertainment from household chart name acts, great food, real ale bar, kids attractions and stalls.

Jack Up is fast making a name for itself as the most fun festival on the South Coast. Situated in a central location, on a main bus route with great transport connections, it boasts an unrivalled atmosphere and is completely safe, inclusive and affordable for all.

Over the years the festival has raised thousands of pounds for good causes and local charities.

Tickets remain exceptional value ensuring families of all sizes can enjoy the festival experience, plus the earlier you buy the more you save! Kids aged 12 and under go FREE! Teen tickets are also available. 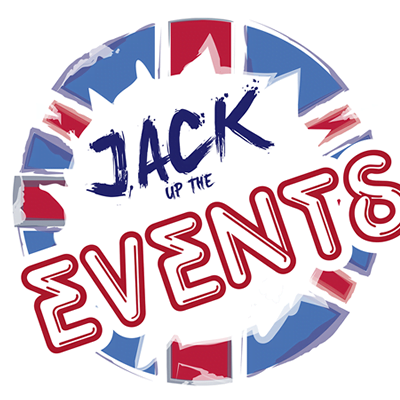