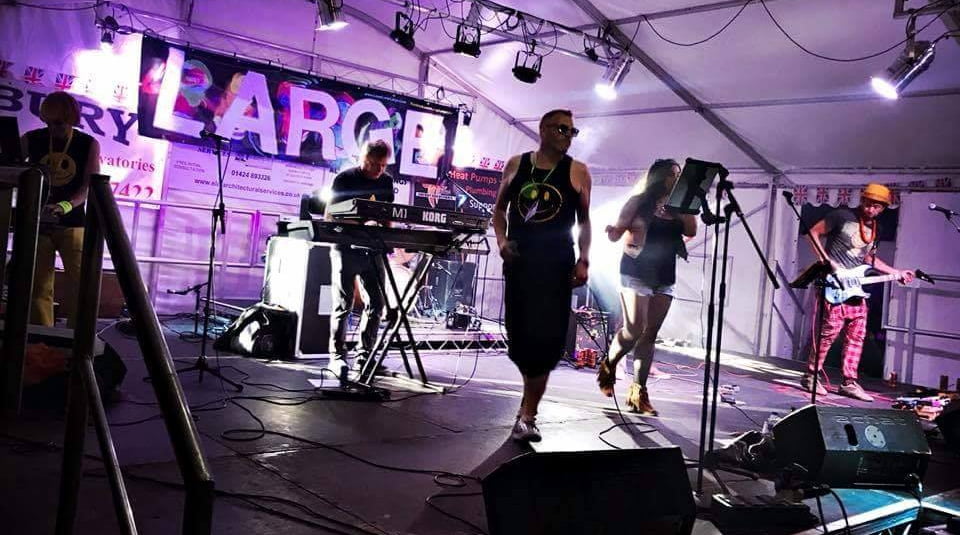 An unassuming yet pretty approach into the tiny village of Ninfield had me second guessing my sat nav;

“You have arrived at your destination.”

Have I? I looked around at the hedgerows and houses with bemusement as I saw nothing that resembled the site of a festival, but upon a chance glance into the correct driveway, the view out the back of property opened up to acres and acres of prime Sussex land. Here, one sunny July weekend a year, normal life in the village gives way to something altogether more epic.

I caught up with the founders Pete & Carol Holland to hear more about the history of this highly regarded hidden gem.

“Ninfield Bonfire Society started 10 years ago with its aim to put on a free torchlit procession, bonfire and fireworks display for all the villagers. This meant raising funds which we did by holding a country type fair and other events. The Ninfield Gig started one year later. We had always attended and enjoyed the Proms Concerts in Battle and the surrounding areas, and having the space to put on an event, we decided to do so in 2010.”

“We borrowed a farm trailer, some scaffolding and a couple of tarpaulin sheets to create a stage, persuaded a lot of people to ‘help’ with discounts or free equipment, bands, marquee, bbq etc. Fortunately, in the village is a company who hired out toilets and had various useful companies on their site, who over the years have become invaluable to us helping in the second and subsequent years with lighting, sound, marquees, fencing and everything needed to run the event it has become today.”

“Having got everything ready on Friday we then thought, what else could we do?  Folk, Jazz, Proms, it had to different to Saturdays Gig. So, in 2014 the Ninfield Proms started.  We also do everything we can to keep prices as low as possible as we want this to be a family event, we have had one-week old babes to 95-year-olds attending, so I think we achieved that aim.”

“The Ninfield Music Festival is now an integral part of the Ninfield community. It is run by volunteers and businesses from the village, with its aim to give everyone a lovely day out, in a safe environment, with a maximum of 700 attending each day, while raising funds to put on the annual Bonfire Celebrations.”

With the overheads for open-air events growing ever larger, it’s rare that these grassroots community-driven festivals should be so successful in returning for so many years, and more importantly, popularity. The line-up speaks for itself with the Eastbourne Orchestra providing the stunning Proms night and an absolute raft of talent on the gig day bill that includes:

It was so refreshing after having met the team behind Ninfield Festival to hear how the local community embraces and supports the festival, rather than shun it as “a load of noisy riff-raff” which is becoming an all too common story these days and proven to be the downfall of so many great music events, and I think a key factor behind this festival’s long-standing success as it builds up for its 9th year, showing no sign of dwindling. I for one can’t wait to show my support for such grassroots success, don some sunglasses, sip a cold one or two whilst soaking up some festival sensory goodness.

To find out more about the festival and for ticket links, check out the Big WOW event listings:

We are running a prize draw for two tickets to the Proms Night at Ninfield music festival 2019, to enter click here. 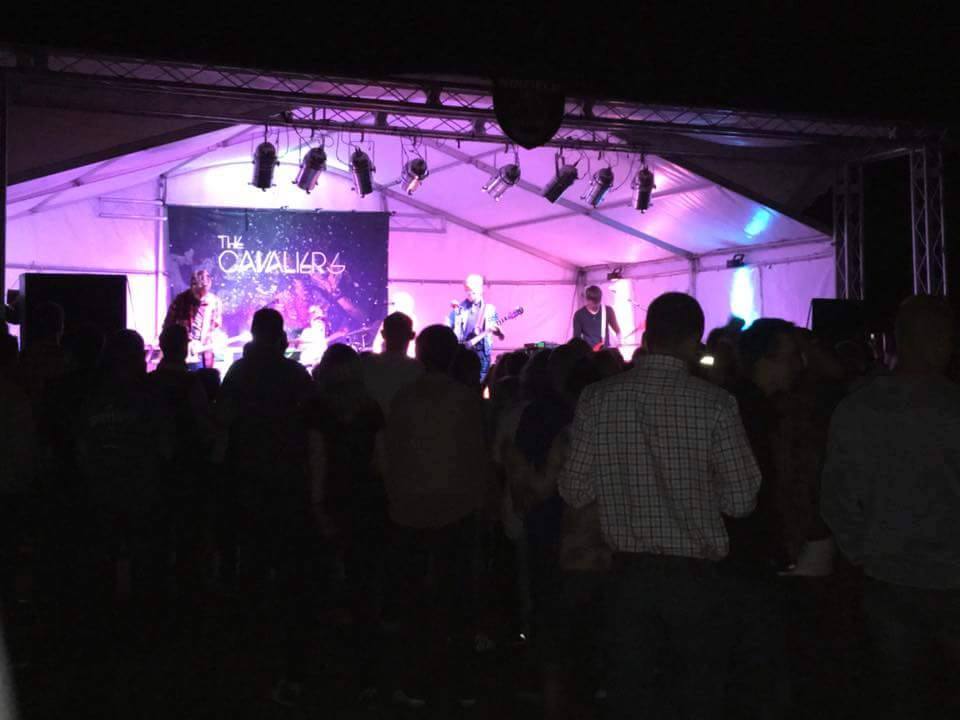