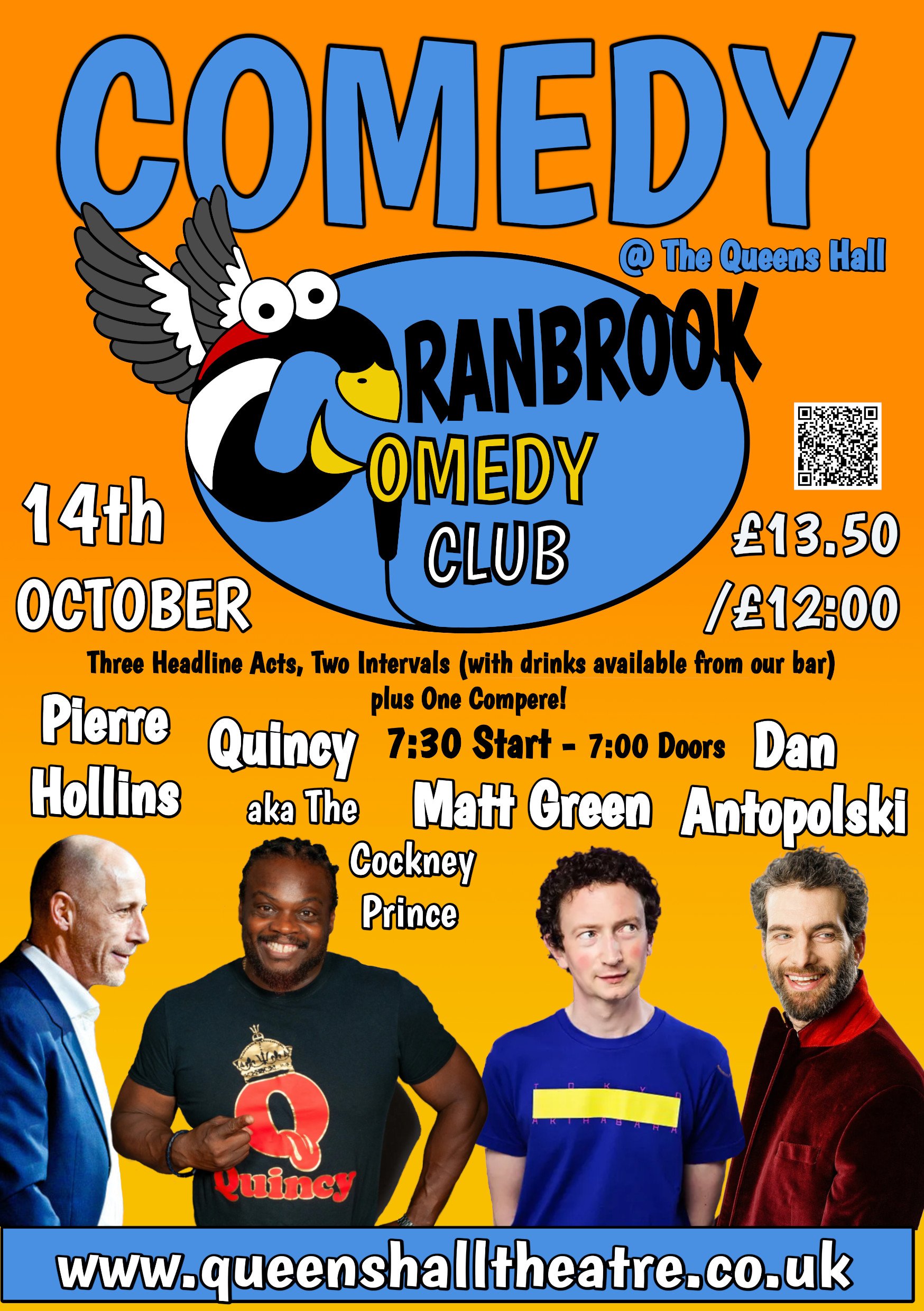 The best place to watch live stand-up in Cranbrook! This time we are bringing you…

Matt Green has been performing stand-up comedy since 2003, and has appeared at venues all across the world, including gigs in Australia, Belgium, Norway, Romania, Slovenia and Singapore! He can regularly be seen performing at; The Comedy Store, Top Secret Comedy, Crack Comedy, Komedia and many many more. Matt has performed six solo shows at the Edinburgh Fringe, his act is a high-energy mix of observational and personal stories with a dash of audience interaction and an improvisational edge. As well as being a Comedian at the top of his game you may recognise Matt’s face from; Two Pints of Lager and a Packet of Crisps, Fresh Meat C4 or The Witchfinder BBC2.
“A set full of poise, wit and expertly placed callbacks… Really funny” – The Scotsman, “Brilliantly assured and commanding stage presence, a super impressive comedy brain” – British Comedy Guide

Quincy aka The Cockney Prince started out as a DJ playing in the RNB room at Twice as Nice and developed his comedic skills whilst MC’ing, quickly earning him a place doing warm-up for the hit TV show Blouse and Skirts on BBC1 and becoming a finalist in competitions such as Gagging For It, The Leicester – Mercury New Acts & The BBC New Talent Showcase, Winning the best breakthrough act at the BECA awards (Black Entertainment Comedy Awards). He has taken his solo show “Single Mum & The Book of Quincy” to The Edinburgh Fringe Festival and has supported Gina Yashere on tour as well as working with the likes of Kevin Hart, Chris Rock and Dave Chapelle. His own show Quincy’s Comedy Lounge is a regular sellout at Stratford Circus and is about to transfer to The Bloomsbury. Quincy’s TV and radio appearances include Comedy Blue (Paramount Comedy), Comedy Funhouse (MTV) and Comedy On The Boat (BBC Radio 4 Extra) and currently has a sitcom and comedy drama in development as well as his regular breakfast slot DJing on Supreme 99.8FM.
“An act to watch out for” – TIME OUT. “Stormer of an act. Always goes down well. The entire room hangs on the big man’s every line” – The Scotsman.

Pierre Hollins used to wash dishes in the House of Commons but has been a comedy circuit favourite for many years and has headlined clubs throughout the UK, Europe, the Middle East and Asia. Early on in his career, Pierre supported the likes of Lenny Henry and Rory Bremner. He is sometimes known to use his guitar to deliver a host of clever jokes that rhyme, his first guitar was a one-string electric squash racquet which is still used at festival gigs today. Pierre Hollins describes himself as ”far-fetched and slightly dangerous”, seeing really is believing. His first novel THE KARMA FARMERS was published last year but Pierre has also written for radio and television and his cartoon strip GURU featured in the Fortean Times for many years.
“A hugely likeable cheeky chappie and unlikely rock god who whipped the crowd into a state of near euphoria.” THE LATEST. “He is also… bloody funny” – TIME OUT

Dan Antopolski is a comic, actor and writer. He has appeared in various television programs and radio shows but is best known to younger audiences for hosting the UK game show The Dare Devil on CBBC. Dan has won the BBC New Comedy Award and the Dave Award for Best Joke – “Hedgehogs – why can’t they just share the hedge?”, which went viral and his agents had to issue a cease and desist order to a T-shirt company reproducing the joke. He has appeared at international comedy festivals in Montreal, Melbourne and New York. Dan has been a regular performer at the Edinburgh Festival Fringe, had minor roles in films(Such as Good Omens and Paddington 2 to name a few) and appeared on a number of UK Comedy panel shows. Dan Antopolski’s comedy style has been described as surreal and ironic, in a 2008 review he was described as “a natural heir to Bill Bailey”.
“The man’s charms lie in his combination of old-fashioned and new styles: he makes entirely plausible jokes in a surrealistic, laddish vein only to undermine them later and take them on to unexpected levels. Antopolski has a neat turn of phrase and a nicely-skewed comedy vision which, while keeping him one step beyond the best of the mainstream, also provide him with oddly seductive powers over his audience.”  – THE TIMES.

Laugh until your ribs ache, and chuckle until your cheeks hurt!
Accompanied by the best-value bar in Cranbrook, you can sit back, relax and enjoy a Friday night of top-quality entertainment!
3 TOP ACTS!
2 Intervals
1 GREAT venue! 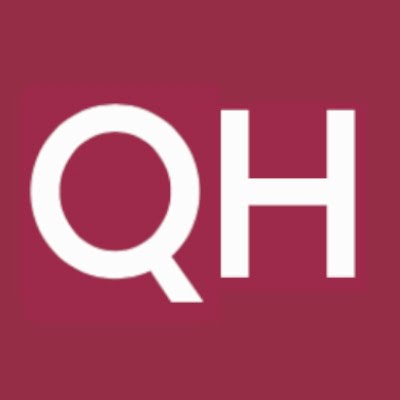