Laura Lexx is an award-winning comedian and writer. Laura’s credits include Live At The Apollo (BBC Two), BBC At The Edinburgh Festivals (BBC Two), The Comedy Club (BBC Radio 4 Extra) and The Jason Manford Show (Absolute Radio) .Following a critically-acclaimed run of her show Trying, Laura won Best Performer in the Comedian’s Choice Awards and was in the top 10 of Dave’s Funniest Joke of the Fringe at the 2018 Edinburgh Fringe. Laura won Best MC in the 2017 Comic’s Comic Awards and was nominated as Best Compere in the 2016, 2017 & 2018 Chortle Comedy Awards. She also reached the finals of the Amused Moose Comedy Award in 2016 & 2018. Laura has gigged at comedy clubs and festivals all over the UK and in Europe as well as providing tour support for Jason Manford, Tim Vine and Russell Kane. In 2020 Laura wrote Klopp Actually, imagining life married to the sensible, no-nonsense man of our dreams. It has received rave reviews, not least from Klopp himself.

“Laura Lexx oozes charm and charisma from every orifice… one of the best comedians on the circuit… She can command an audience with the simplest of eyebrow raises… a master of tangents and callbacks.”-Funny Women

In 2013 Mark Simmons came runner up in the prestigious Leicester Mercury comedian of the year competition, in addition to reaching the finals of ‘So you think you’re funny’, ‘Amused Moose Laugh off’ and the ‘NATY award’’.Since then he has been in demand, headlining shows on the UK comedy circuit and supporting Seann Walsh, Rob Beckett on their national tours. as well as doing one shows supporting Michael MacIntyre, Jack Dee and Rob Brydon.In 2016 Mark starred in the BBC3 documentary ‘One for the road’, which followed he and Seann Walsh on tour in the Scottish Highlands. In 2020 he appeared on Mock The Week not once but twice..

Ben Van der Velde is a stand-up comedian, actor, improviser and presenter, who, over the past few years, has spread joy and nonsense to all four corners of the British Isles, as well as Estonia, Latvia, Finland and Norway. His consistency and persistence were rewarded when in 2011, he was crowned Comedy Café New Act of the Year. Ben then went on to host Just the Tonic’s Big Value Comedy Showcase at the Edinburgh Fringe 2012, impressing industry and punters alike across the month.

“A sharp and crafty gagsmith, with wittily obtuse takes on…an impressively wide range of topics…bringing flair and confidence to them all.”- Steve Bennett, Chortle 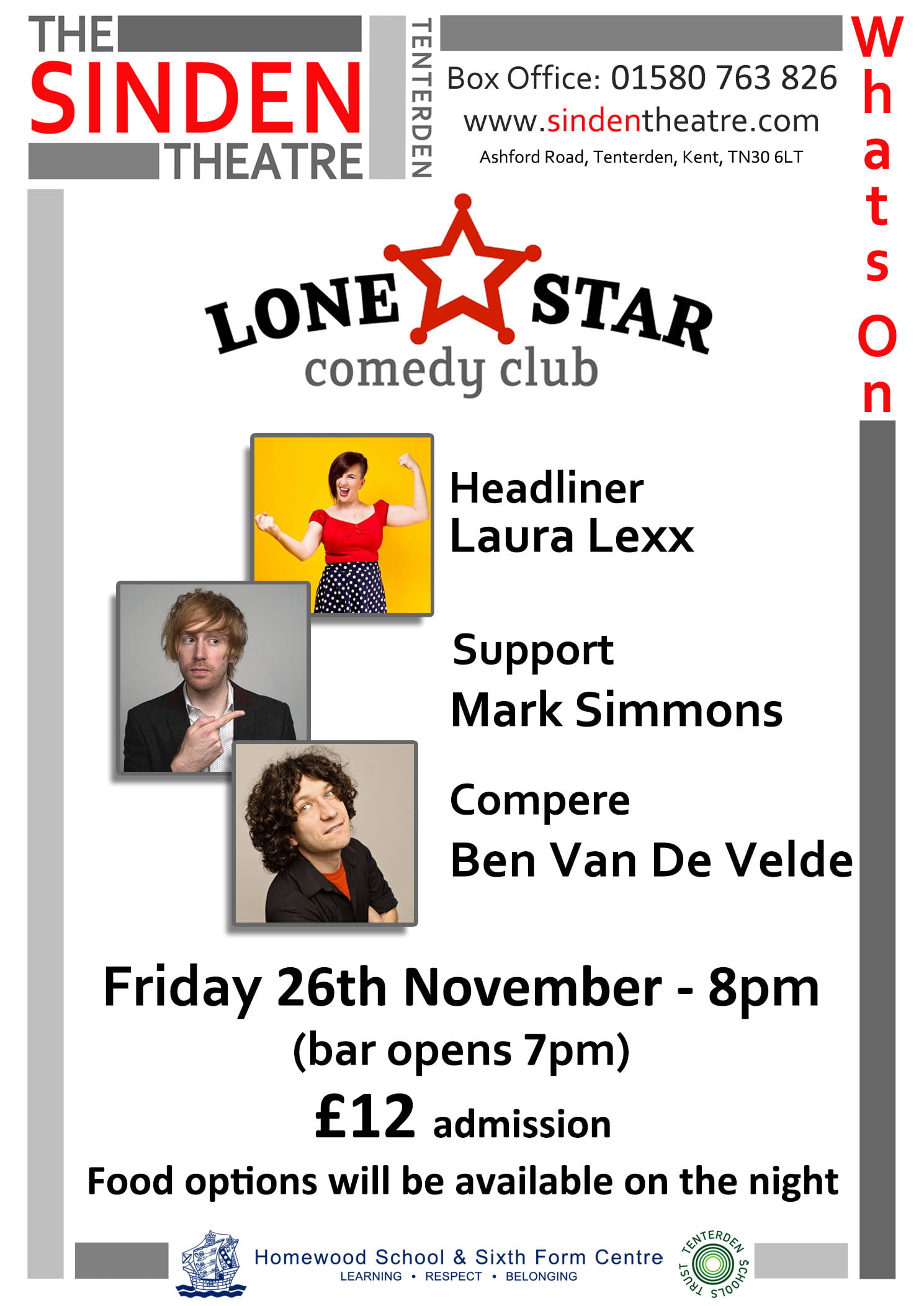