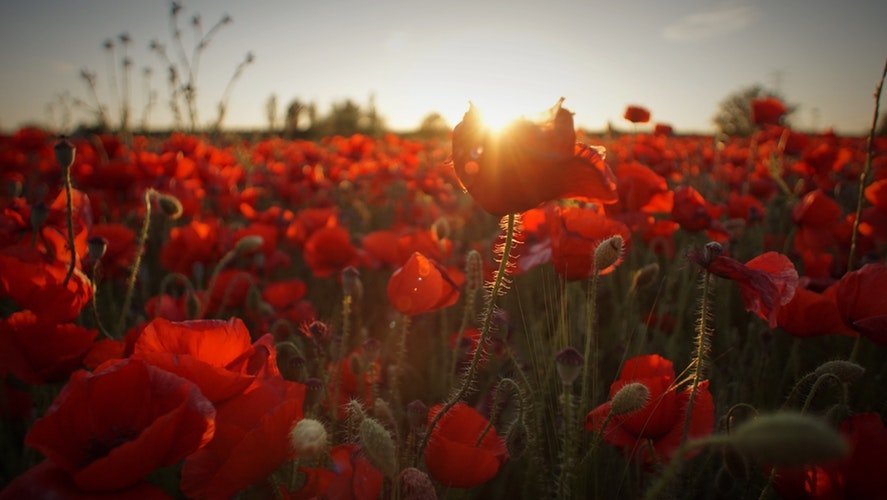 During November 2018, The Stag Sevenoaks is hosting a series of events to commemorate the centenary of the First World War.
From a staged radio play inspired by local history, to a fascinating look at wartime poetry with poet and sculptor Ev Meynell, you can find out more about how the war affected Sevenoaks and the rest of the world.

This staged radio play is performed live and inspired by Rosina Caplen, a local resident, who fought tirelessly to find the body of her husband during the First World War.

The story also follows Rosina and her friends Eliza and Katherine as they try to help the hundreds of Belgian refugees who fled their home country and arrived in Sevenoaks during the war. When news arrives from Rosina’s friend Charles, she sets off a journey which will change her life.

There will be a fascinating pre-show talk at 6.30pm before both performances with local historians Ian Walker on Nov 1 and Matthew Ball on Nov 2. There will then be a short break from 7.30pm-7.45pm followed by the performance of The Dimming of the Day.

Nov 1 – Prominent local historian Ian Walker will reference a group of Sevenoaks participants and the impact of the First World War on them as part of his talk about the main reasons for the Allied Victory in 1918 and how the British army came to play the leading role in this triumph.

Nov 2 – A Q&A session with local historian, Matthew Ball, to discover what life was like in Sevenoaks during the war. Matthew will be taking about all aspects of the conflict and how it affected the people of Sevenoaks. He will also be signing copies of his new book, Sevenoaks, the Great War and its Legacy after the performance.

Please note the ticket price on the Stag Theatre's website includes both the talk and performance.

ALL QUIET ON THE WESTERN FRONT - 4th NOVEMBER

A special screening of the classic 1930 film.

The film follows a group of German schoolboys, talked into enlisting at the beginning of World War I by their jingoistic teacher. The story is told entirely through the experiences of the young German recruits and highlights the tragedy of war through the eyes of individuals.

THEY SHALL NOT GROW OLD - 10th NOVEMBER

On the centenary of the end of First World War, Academy Award-winner Peter Jackson (The Lord of the Rings trilogy)
presents the World Premiere of an extraordinary new work showing the Great War as you have never seen it.

This unique film brings into high definition the human face of the First World War using state of the art technology to restore original archival footage which is more than 100-years old. Jackson brings to life the people who can best tell this story: the men who were there. Driven by a personal interest in the First World War, Jackson set out to bring to life the day-to-day experience of its soldiers.

Poet and sculptor Ev. Meynell takes a fascinating look at how hundreds of soldiers were inspired to become poets in the First World War. He will be reading some of their best known works and exploring the poetic qualities that have made them so memorable, as well as revisiting verses by other, largely forgotten, soldier poets, from England and abroad.

The talk will focus on the range of attitudes towards the war and the degree to which a mastery of poetic expression was vital in communicating their responses.

The Stag Youth Theatre presents an action packed and educational history of World War One, suitable for Key Stage 2 and upwards. Learn all about how it started, the key battles across land, sea
and air, and why it was illegal to hurt a pigeon!

This short play is performed by, and partly devised by, ten talented members of the Stag Youth Theatre as part of Sevenoaks Remembers, The Stag’s arts festival commemorating 100 years since the end of WW1.

All events are sponsored by Sevenoaks Town Council with much gratitude. 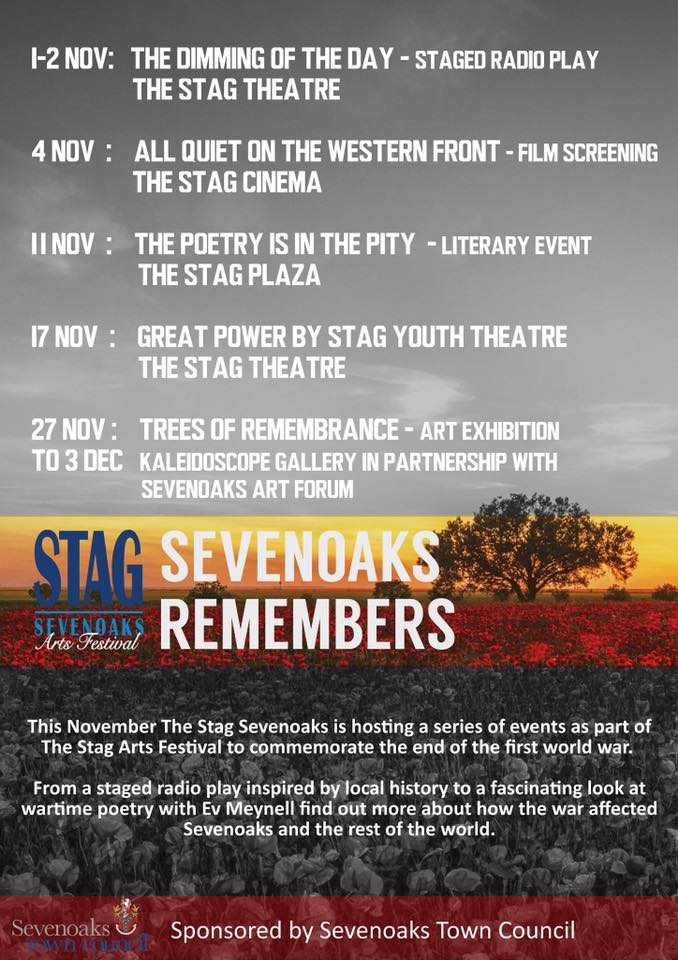