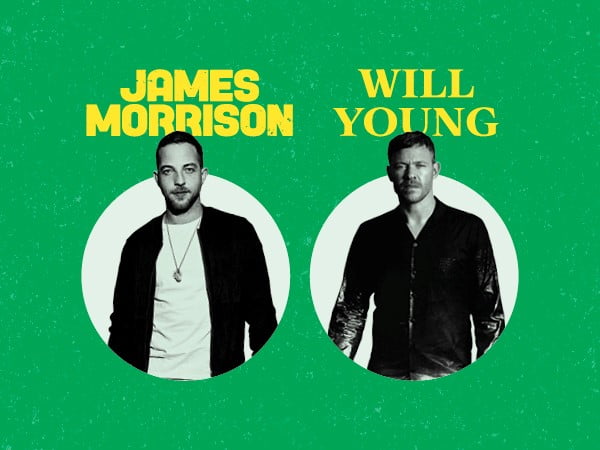 With the release of his debut album, ‘Undiscovered’, singer-songwriter, James Morrison was catapulted into the limelight. The album went on to sell over a million copies with fans being enraptured by the beauty of his once-in-a-generation voice. His five Top 10 singles all rank among the biggest of their era, including the breakthrough smashes ‘You Give Me Something’ and ‘Wonderful World’, plus the huge Nelly Furtado collaboration ‘Broken Strings’.

Will Young has spent much of the last two decades at the forefront of pop, having won the inaugural series of Pop Idol which shot him to national fame. A subsequent chart-storming career including seven top 5 albums (four reaching the top spot) and four number 1 singles including ‘Leave Right Now’ and ‘Jealousy’ ensures his standing as an iconic part of noughties UK pop culture.