What’s On At The Sinden Theatre This Autumn?

Home What's On At The Sinden Theatre This Autumn?

A 231 seated venue located within the grounds of Homewood School in the heart of the Weald, with a wide variety of shows from local Stage schools, Dance academies and Drama groups. As well as hosting regular school productions The Sinden provides a wide diversity of entertainment for the area, from standup comedy to drama and music.

Opened in 2004, the venue is named after its patron, actor and former local resident, the late Sir Donald Sinden CBE.

This Autumn features the Lone Star Comedy Club, Through The Decades and Craftys Creepy Castle.

One of our regular comedy nights with 3 hilarious stand-up comedians, a full running bar and Beachwood Pizzas!

Set in a possible near future, there has been an attack. Nobody knows how or why the attack took place. There is no TV, no power, no communications. Just a strange orange fog surrounding everything. 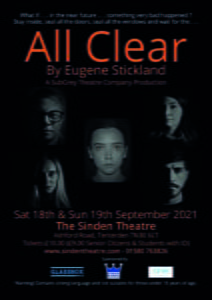 Feet Beats Academy annual dance production. RTRN 2 dance. This year’s theme is gratitude. We are aiming for an uplifting show. Which we give thanks for all that we have. Some songs are chosen for the words, some for how they make us feel. We are all grateful for being able to put this show on.

Through the Decades with Roy Orbison and Buddy Holly 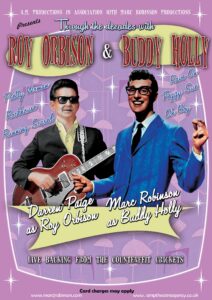 One of our regular comedy nights with 3 hilarious stand-up comedians, full running bar and ThaiSo Catering!

In the follow up to his 2018 sell out show “Leap Year” and twice named as a Chortle “One To Watch” Scott returns to the fringe with a new hour of comedy. 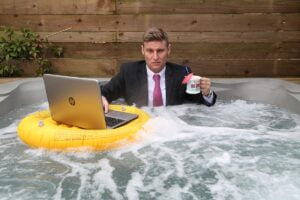 Why has Crafty the Crow gone to live in a haunted castle?
Can Sally the Scarecrow help with its ghostly goings-on?
And why is Pirate Harry making things go bump in the night?
Come in your scariest Hallowe’en costume and
join the adventure to find the hidden treasure in… 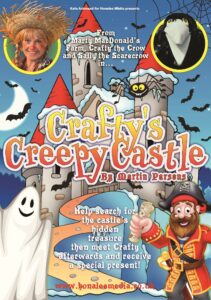 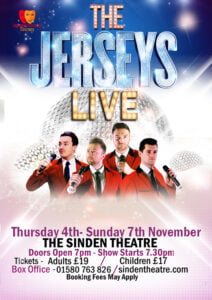 One of our regular comedy nights with 3 hilarious stand-up comedians, and a full running bar!

Dick Whittington and his Amazing Cat

That’s Entertainment Productions return once more to present their latest Pantomime spectacular at The Sinden with a specially extended season!