What's On Where
It's all about events
across the Weald and South East - Kent, Surrey, Hampshire & Sussex 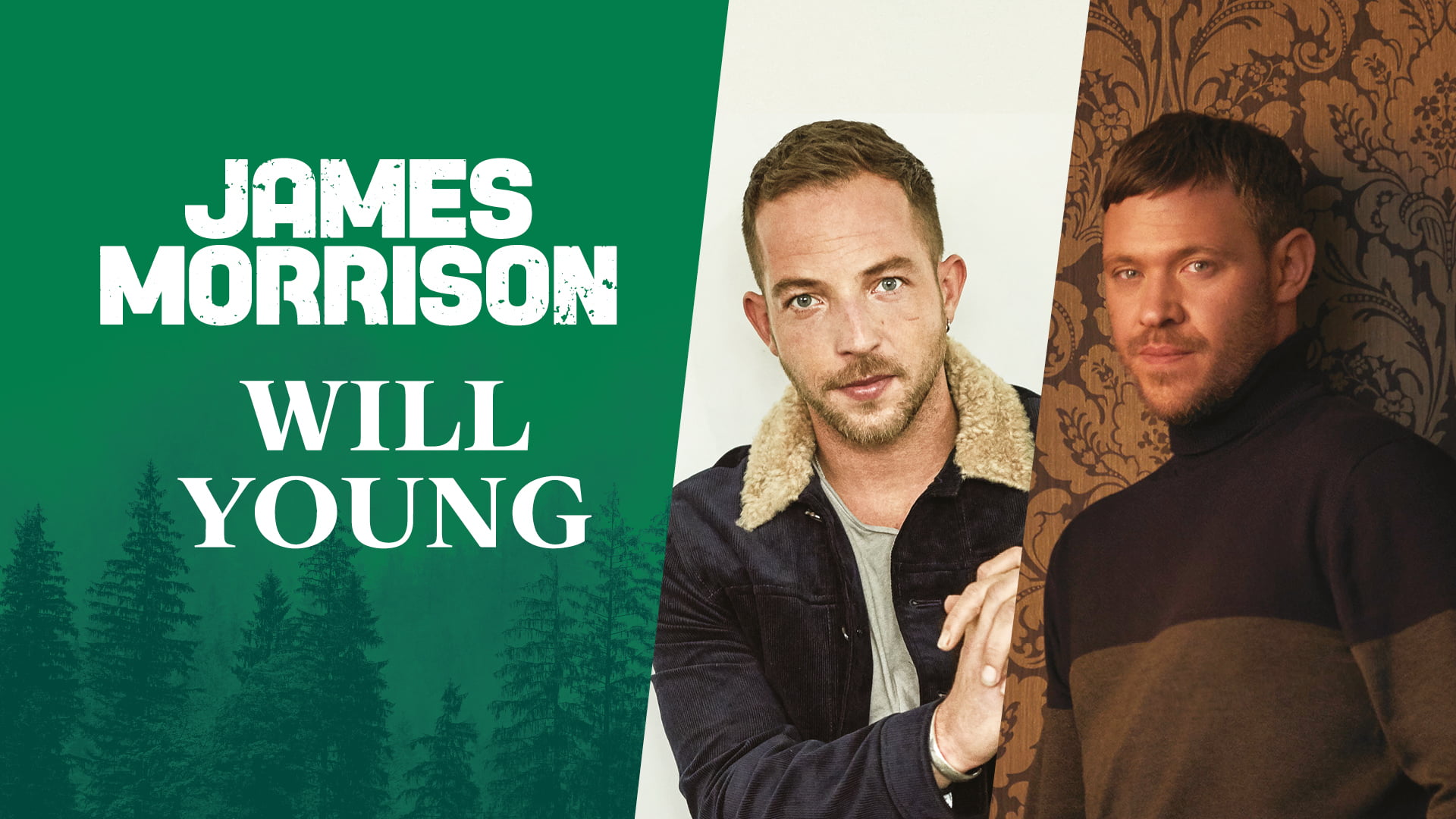 Will Young and James Morrison have announced co-headlining dates as part of Forest Live, the summer concert series presented by Forestry England.

Will Young has spent much of the last two decades at the forefront of pop, having won the inaugural series of Pop Idol which shot him to national fame. A chart-storming career followed including seven top 5 albums (four reaching the top spot) and four number 1 singles such as ‘Leave Right Now’ and ‘Jealousy’ ensuring his standing as an iconic part of noughties UK pop culture.

With the release of his debut album, ‘Undiscovered’, singer-songwriter, James Morrison was catapulted into the limelight. The album went on to sell over a million copies with fans being enraptured by the beauty of his once-in-a-generation voice. His five Top 10 singles all rank among the biggest of their era, including the breakthrough smashes ‘You Give Me Something’ and ‘Wonderful World’, plus the huge Nelly Furtado collaboration ‘Broken Strings’.

The special concerts will see both BRIT Award winning artists perform individual sets that include greatest hits and material from their latest albums: Will’s ‘Lexicon’ and James’s ‘You’re Stronger Than You Know’.

Forest Live is a major outdoor live music series held every year by Forestry England. It introduces forests to new audiences in unique, natural woodland arenas around the country. Over 1.9 million people have attended a Forest Live concert in the last nineteen years. With everything needed for a great night out, including good food and drink, the concerts are well-known for their informal and relaxed atmosphere set to a spectacular forest backdrop. Going to a Forest Live concert helps look after the nation’s forests sustainably, with income from ticket sales helping to create beautiful places for people to enjoy, wildlife to flourish and trees to grow.

Commenting on the tour, Will Young said, “Both James and I have fond memories of appearing as part of Forest Live as solo artists in the past. We love the work Forestry England does, so we are glad to be back again in what promises to be a fantastic double-header of a show.”

James Morrison commented, “For the last 20 years Will has been at the forefront of British Popular Culture. That’s a massive achievement. I think our sets will complement each other in a special way and I’m really looking forward to our shows together. It’ll be a great night out!”

Will Young and James Morrison

Forestry England manages and cares for the nation’s 1,500 woods and forests, welcoming 230 million visits every year and shaping landscapes as England’s largest land manager. For more information visit forestryengland.uk. Forestry England is an agency of the Forestry Commission.

Wildlife – Forestry England manages the biggest and most diverse area of land in England. From forests to heathlands, mountains to moors, farmland to urban green spaces. Over half of our landscapes are covered by statutory designations, including Sites of Special Scientific Interest (SSSIs), Areas of Outstanding Natural Beauty (AONBs) and National Parks making them some of the most valuable habitats for nature.

People – Forestry England encourages adventures on their 1,800 miles of trails. 99% of people live within an hour’s drive of one of our forests.

Timber – Forestry England plants and harvests millions of trees every year to keep them sustainably supplying around half of the country’s home-grown timber. The timber is used in everything from homebuilding to furniture–making.

Previous Article
Back to all News HUB