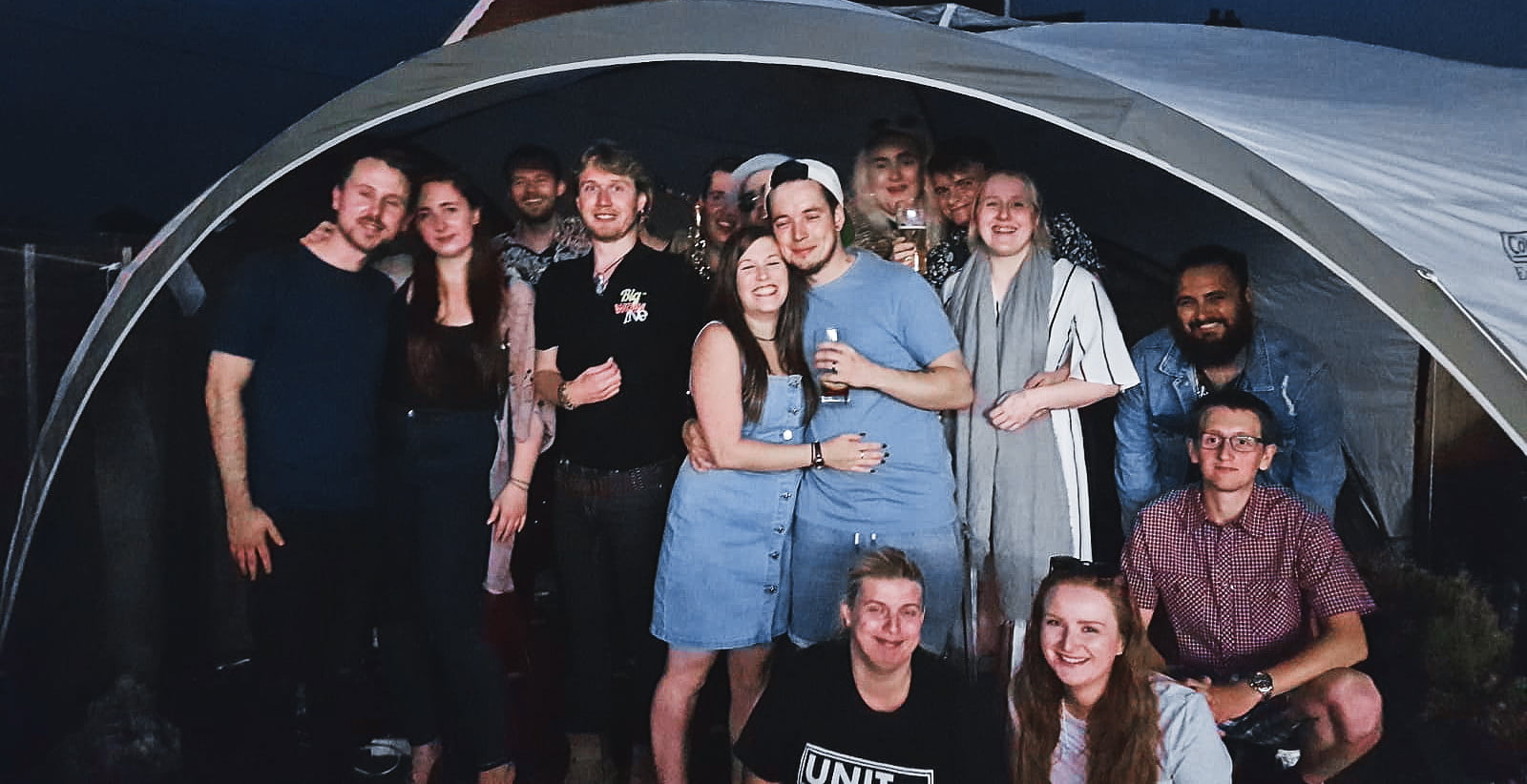 Saturday 13th saw the inaugural Big WOW Live stage at an event. The client contacted us looking for a music line-up with a difference: He wanted to turn his food and drink festival into something special and with an edge to the norm showcasing some new, original local music talent. Well, challenge accepted! This is exactly what we strive to offer at Big WOW Live, and it was a great first exercise to show what we can do.

As the smell of flame-grilled sausages wafted through the summer air, the beverages flowed freely and all the bands were on top form. I had handpicked these acts as some of the most exciting original emerging artists in the South-East and they didn’t disappoint. The level of professionalism on the day was fantastic with certain musicians kit-sharing throughout and sticking around to enjoy the atmosphere and support each other which was great to see.

Speaking of atmosphere, there was a superb turnout too, with an appreciative audience of this stellar line-up:

These guys kicked things off perfectly with their unique riff-driven disco-funk. It was the kind of totally original and polished sound that grabbed the early birds’ attention and making it clear this wasn’t going to be a festival of predictable cover songs. Certainly, heads were turning as the sunny early afternoon audience lapped up M.U.T.O’s infectious grooves and clever lyrics with a generous dose of a theremin to add an undeniable wow-factor. Looking forward to booking these guys again!

From the moment these boys arrived, I could tell they were well up for putting on a banging set. Their enthusiasm was infectious and when combined with their hard yet soulful rock, they stamped their authority over the stage in the beautiful sunshine and completely won the crowd over, which by now had become quite sizeable. Heads were bobbing, feet were stomping- the energy was palpable! Excited to see where this band’s adventure takes them…

The youngsters of the line-up, but not that you’d know it. This exceptionally talented trio, fronted by Harry Evans (a name, trust me, I reckon you will be hearing a lot of in the future- you heard it here first) were fully professional throughout the day and provided a perfect marriage of feel-good positive indie-pop and clever songwriting with the early evening joy of, errrm, a ‘well-oiled’ festival crowd. This transmuted the atmosphere to some sort of mass-hysteria, which reached a boiling point when the boys dropped an absolutely inspired cover choice of Prince’s ‘Purple Rain‘. With just about the entire crowd singing the masterpiece back to Harry, there were indomitable smiles all around both on and off the stage. A very special moment indeed and a true highlight of the day.

I gigged with these guys last year and have seen them a couple of times, and yet they still leave me in disbelief how talented they are versus their age. Rory and Aiden are brothers and clearly have grown-up together on a healthy musical diet of really, really good blues. They played us into the sunset with some sumptuous and well-refined blues music that was so delicious I forgot about the sausages. #notjoking. Out the front, Rory fully imbues his guitar heroes on stage and it’s clear he has a massive career ahead of him, but not without his brother as the synergy of the rhythm section with the frontman is really what sets this band out above other blues bands. Go see for yourself!

The stage headliners brought the biggest entourage and there was a real buzz and anticipation surrounding them ahead of what turned out to be an absolute riot and a fitting way to end a great day. This extremely well-rehearsed and eclectic funk-pop outfit smashed the task of turning the party up to 11 on the dial, and had everyone on their feet with sultry tones of soaring saxophone hooks sitting perfectly over pure grooves. If you’re after a rapturous festival closer- look no further than Unit 48!

Throughout the day, many were complimentary that day’s music was original and high-quality with lots of new discoveries being made and band merchandise being sold. We’re already excited at Big WOW for where this project is heading and what the future of music in the South East can offer more venues.

Landlord Tony & his team for being super organised and hosting a great festival. Sally for sound & stage assistance. The Weatherley family for providing me with great company & Peroni’s all day. Rob Stud for performing despite having a birthday hangover and not a lot of sleep.

Have you registered with us yet?

It’s totally free and whether you’re a band or a solo artist, new or established, it’s a great way to reach out to venues and audiences with a fully interactive profile page that’s all about you, and what you work so hard to do, as well as access to gig opportunities like these. To register, click here!